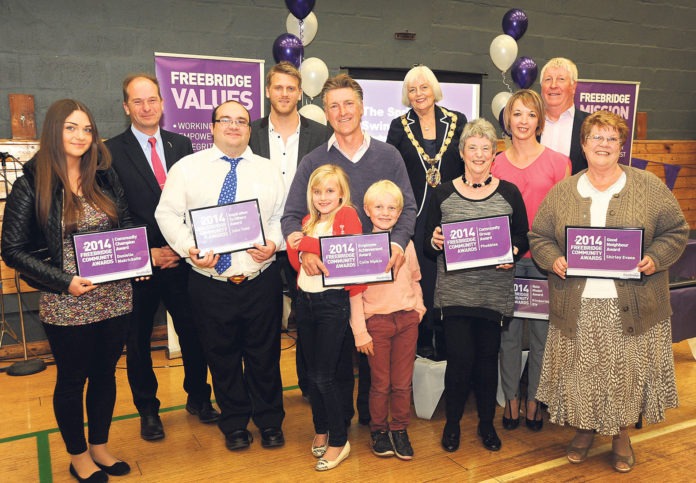 A group of tenants in West Norfolk has been presented with community awards.

Freebridge Community Housing has revealed the results of the 2014 awards at a ceremony held at the Providence Street Centre, King’s Lynn.

The judges, who included Freebridge’s chief executive Tony Hall, said they were very impressed with the standard of nominations received.

“One of the reasons we bought the Providence Centre earlier this year was so people and groups were able to hold community events such as this on their doorstep,” he said.

“I can say personally how hard it was to choose between the people nominated, as they were all incredibly strong,” he added.

The winners were; community champion: Danielle Makricaite for volunteering and engaging with the Hillington Square community; community group: Phobbies for its inclusive aproach; good neighbour: Shirley Evans for help when a neighbour was flooded; inspiration to others: John Todd for volunteering with Bridge for Heroes despite suffering a stroke; role model: Kimberly Ely for her work in the community and the Employee Achievement Award: Colin Hipkin for his continued  support to Freebridge and for practical support and guidance.

The event also saw the launch of the next round of the Freebridge Community Fund where organisations can claim up to £1,000 in grants.