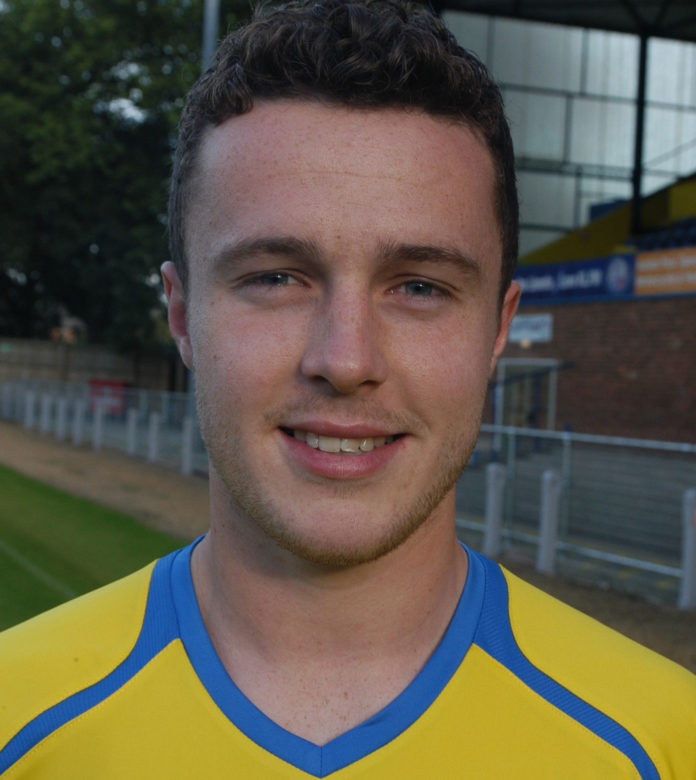 FOOTBALL: The Linnets brought down the curtain on their EvoStik League home campaign with a 2-1 derby victory over Stamford at The Walks on Monday.

Manager Gary Setchell’s men worked tirelessly and made it hard for the visitors to find their feet and settle into the game.

Lynn took the lead after 32 minutes when ex-Stamford player Andy Hall’s deflected half volley flew past Will Jones.

Lynn looked destined to go into the half-time break in front until Shawn Richards found Ryan Robbins with a scuffed cross and he applied a scoring finish from close range.

Lynn started the second half brightly as they looked for the winning goal and had a few penalty appeals waved away.

But it was local lad Sam Mulready who made sure the home fans left The Walks smiling when the young frontman pounced to apply a neat headed finish to George Thomson’s sublime cross from the left.

The Linnets were in disappointing form on Saturday when they could manage only a 0-0 draw at relegated Stocksbridge Park Steels. It was the Yorkshire side’s first home clean sheet of the season and ended a run of 14 defeats.

For Lynn it was just their second away clean sheet of the season as the hosts stretched their unbeaten record against their visitors to four matches.

Lynn had the better of the opening exchanges but lacked the finishing touch with Jordan Yong wasting a chance and David Bell pulling a good save from goalkeeper Ben Scott.

Bell and Ewan Clarke were denied a goal, while Alex Street pulled off one superb save to ensure the deadlock remained.

The Linnets complete their season at AFC Fylde tomorrow.