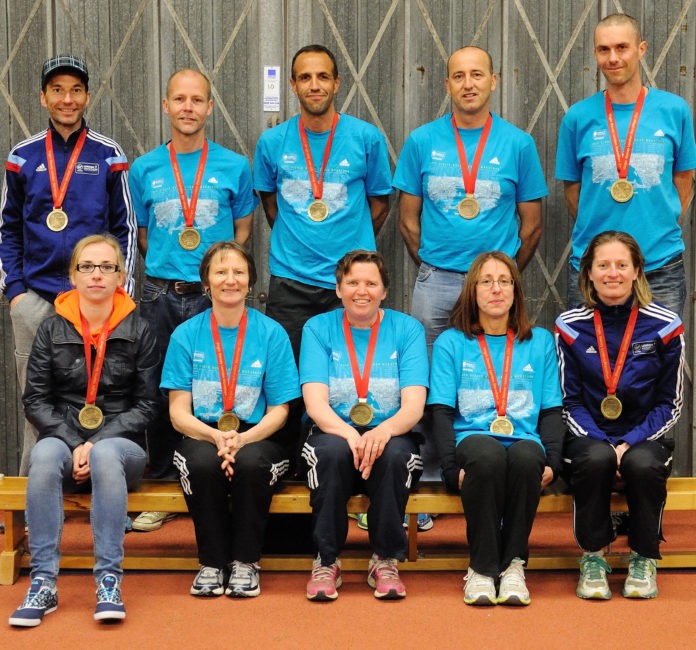 Running his fourth marathon in 18 months, but his first in the capital, Pyatt finished 166th overall, ahead of 35,600 other finishers, in a personal best time of 2hrs, 39 mins, 1sec.

Almost 20 of the other finishers were from Ryston Runners.

* There was also track and field action. On Saturday Ed Borrmann returned to competition at the Lee Valley Open but vaulted better in the warm-up than in the actual competition, in which he cleared 3.84m.

The first Eastern Young Athletes League match of the season saw seven Ryston juniors (u13, u15,u17) compete in a joint team with athletes from West Norfolk AC, Diss and Dereham .

Brandon Tuttle turned on the pace with a quick early season time of 5:10 for 1,500m

Charlie Wakefield debuted in the 800m, 200m and javelin.

Hannah Brown ran down the leader in the last few metres of the 300m for first in 42.4, after winning the high jump with 1.55m.