Home Sport Junior trio step up to the mark 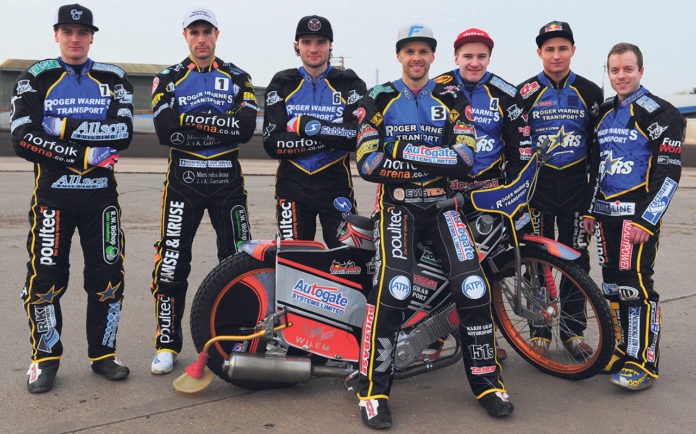 Wednesday’s 52-38 victory over Belle Vue Aces puts the Stars second in the table and strength in depth was the key as Niels-Kristian Iversen struggled to pick up points. Lewis Kerr, Lewis Rose and Robert Lambert proved that they can be called upon when the going gets tough.

The Stars had picked up four points on the road with a 48-42 win at Coventry on Friday and a bonus point 47-42 defeat at Wolverhampton on Monday.

Iversen helped Lynn turn round a six-point deficit after heat eight into an impressive six-point victory at Coventry.

Teenage sensation Lambert announced himself on the Elite League stage with an impressive first win in Heat 7.

Team manager Rob Lyon said: “We’ll get better and better as the season goes on. We dug deep and fought all the way down.”

At Wolverhampton, a heat 15 5-1 from Kenneth Bjerre and Iversen was enough to confirm a bonus point with the reserves of ‘Team Lewis’ chipping in with 11 points.