Home Sport Cool Calvert is spot on for Downham 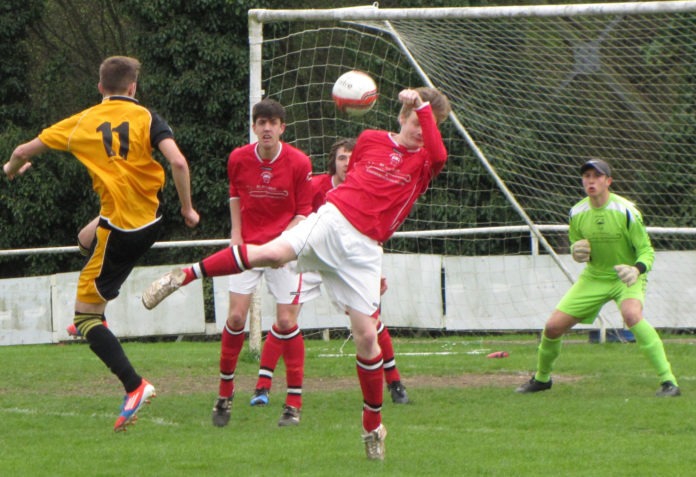 FOOTBALL: A 66th-minute penalty from captain Matty Calvert proved a winning strike as Downham Town kept their first away clean sheet of the Thurlow Nunn League Division One season at Stowmarket Town.

The hosts finished with just nine players after captain Ben Garnham was sent off for dissent after 87 minutes and then Sean Rea was shown the red card for an off the ball kick at Calvert two minutes later.

Downham goalkeeper Alex Jarvis made two good one-on-one blocks in the first half but had no other saves to make, while the only meaningful action for his opposite number was to pick the ball out of the net from the penalty.

That came after Rovers had dropped points against the same opposition in a 2-2 draw on Saturday.

Feltwell United also grabbed a nap-hand with Joe Allen netting four in a 5-2 win over Bradenham Wanderers Reserves. Roy Peckham scored the other.

Gayton United face a possible Division Six title decider at Mulbarton tomorrow. They warmed up with a 2-1 win over Foulsham with Darren Wood’s penalty the decider after an own goal had opened their account.