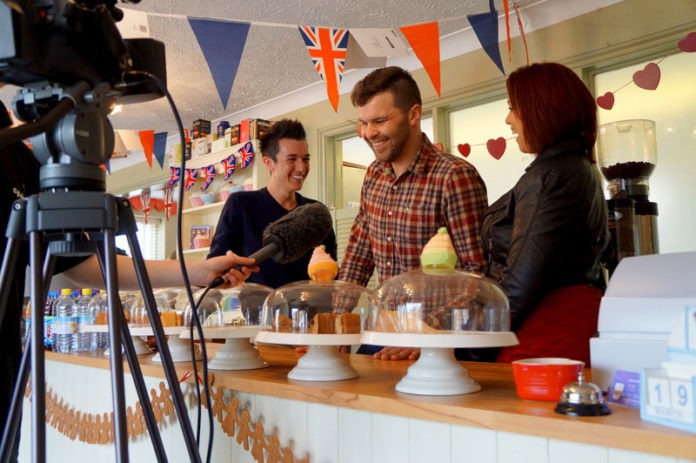 The owners of a Hunstanton cafe are set to star in a Sky TV show celebrating brilliant community stories from across the UK.

The programme, set to air in June, features owner Andrew Waddison and business partner Jamie Knight, exploring their relationship with friends and regulars.

“The filming was mostly community-based and  we were interviewed about the business’ role in the community,” said Mr Knight.

Along with customer interviews, the pair gave a coffee-making demonstration and took part in a ‘perfect latte’ challenge.

In February the cafe celebrated its second birthday and it has proved a popular spot for locals, tourists and even celebrities in its time, including actress Michelle Collins.

Despite their award-winning success, the pair recently announced they would be off travelling in Australia and selling the cafe.

Mr Waddison said: “We have now found a buyer for the cafe.

“We’ll spend the next month training them and introducing our regulars to them to ensure it’s an easy transition.”

The television show will be airing early in June and can found on Sky channel 539, Virgin Media 233 and Freeview 63.