Home Sport Dylan has the Edge on debut 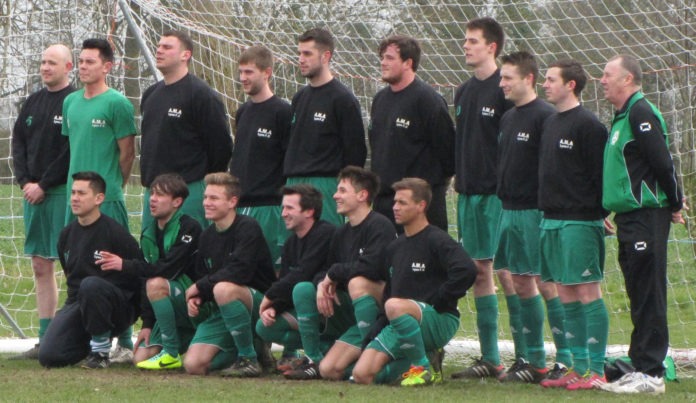 The 16-year-old scored four times to make it a day to remember. Neil Goodbourn also hit three against a depleted South Creake side who had to field two goalkeepers in outfield positions to make up their numbers. Deane Studd scored their consolation.

CK Caravan man of the match for Creake was Dan Studd.

Lynn Napier climbed into mid-table with a 5-2 win at Discovery Royals as they start to catch up on their games in hand.

Hunstanton went down 7-1 at leaders Wells Town Reserves in Division Two but had to play the last 20 minutes with only 10 men after losing their goalkeeper to injury. Billy Eastwood netted their consolation.

Dersingham Rovers A kept in touch with the leaders thanks to a 5-1 victory over The Woottons. Their goals were shared by Kris Smith, Kierron Taylor, Jack Johnson, Jay Watson and Chris Nelligan.

Jamie Lawson 2, Kenzie Corbett and Billy Overton found the net at Denver for Castle Rising in their 4-0 win, while Anthony Sadler was Thornham’s scorer in a 2-1 home defeat to West Lynn.

Snettisham Maroons booked a place in the Division Three Cup final against River Lane Rangers with a 5-0 win at Lynn Napier Reserves.

Snettisham battled against a strong head wind in the first half but took the lead through Anton Ely. He went on to complete his hat-trick with Scott Deadman adding another before Tom Hawkins mesmerised the goalkeeper with a mazy run and then hammered the ball home.

Chris May was Snettisham’s man of the match.

In Division Four, all six of Castle Rising Reserves’ goals were scored by different players in their 6-2 win over Pentney with Jake Ellis, Tommy Sharp, Jamie Woodhouse, Olly Cox, Paul Woodhouse and an opponent registering.

Springwood are the first team through to the semi-finals of the Charlie Day Cup, thanks to a 3-1 win at Docking. Chez Rust and Lewis Osborn were on target with a beautiful lob from James Rix completing things.

AMA Lynn put the disappointment of their Norfolk CFA Junior Cup semi-final defeat behind them to reach the last four of the Graver Cup with a 6-2 win at Birchwood.

Andrew Wood put the hosts ahead but Ashley Keegan levelled things before half-time.

With the wind behind them in the second half, AMA surged clear with Keegan adding a second and James Moore completing a hat-trick. Paul Philips pulled one back for Birchwood before Jack Webber headed home AMA’s sixth.