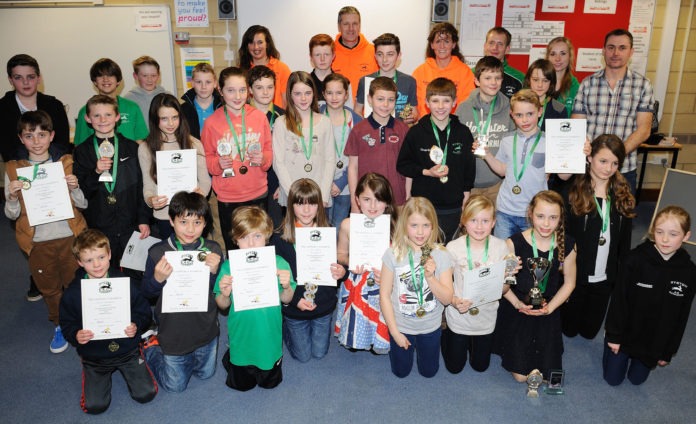 All those who had attended training regularly received a certificate, and there were medals for anyone who had represented the club during the previous year.

Best newcomers were Bea Honeybone and Alfie Bobbins and the award for outstanding individual performance went to Hannah Brow.

Thea Howlett was named overall junior athlete of 2013 for her ability to jump far, throw long, and run quickly.

λ The pre-marathon enthusiasm for trying out a distance race continued at the weekend at the Wymondham 20 mile race. In a field of almost 300, three Ryston club records were set, as well as individual and team category wins recorded.

λ Neil Watson completed the Silverstone Half Marathon in 1:42:39, while Kevin Smith, who got in his pre-marathon 20 the previous week at Tarpley, timed in at 1:55:19.

λ Down the distances, but much further afield, on a working trip to Ireland, Peter and Cath Duhig took part in the Rock and Road 10K in Kinvara, County Galway.

Peter ran the tricky, hilly course in 49:37, a pleasing improvement on recent form for him, and probably first in the M60 category.