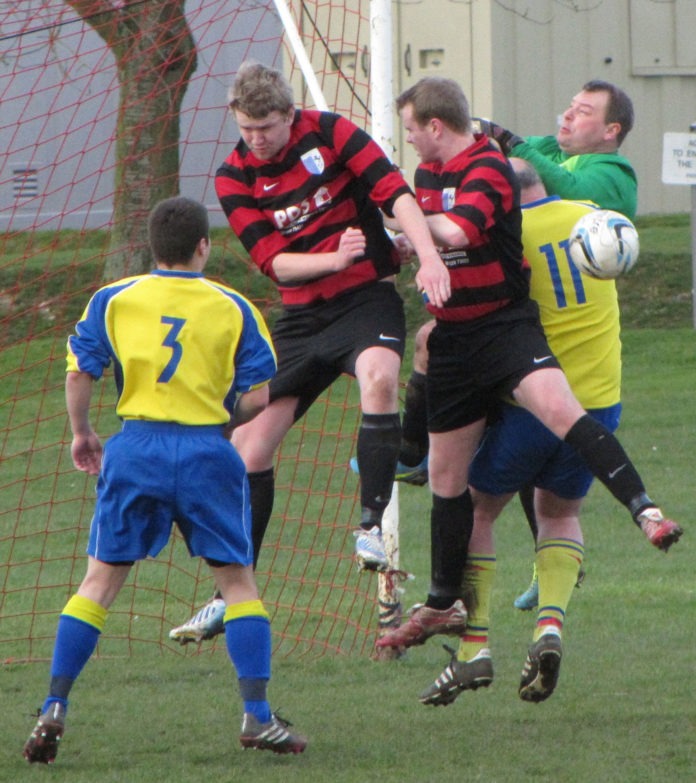 In Division Two, Birchwood booked their place with a 6-1 win at Castle Rising. Andrew Wood curled in the opener and Brad Wilson made it two. Rising pulled one back with a thunderous shot but Wood made it 3-1 to the visitors by half-time. Further goals from Wilson and a brace from Paul Phillips made sure the game was up for Rising. Birchwood’s man of the match was goalkeeper Paul Sainty.

Birchwood play Dersingham Rovers A in the final after they won 2-0 at The Woottons thanks to a brace from Tommy Littlewood. Wayne Mitchell was their man of the match.

Springwood’s quest for a trophy quadruple was ended by River Lane Rangers in the Division Three Cup and they will be looking to bounce back tomorrow when they travel to Great Yarmouth Town Hall Reserves in the semi-final of the Norfolk Primary Cup.

River Lane went into half-time with a one-goal lead thanks to Ollie Gates’ header. After that Springwood dominated and had chance after chance but Rangers clung on to win.

Springwood’s man of the match was Alex Oughton.

Lynn Napier play Snettisham Maroons in the other semi-final on March 8.

In league action, AMA warmed up for their Norfolk Junior Cup semi-final trip to Scole United with a 3-0 win over Heacham in Division One.

A scrappy game of few chances saw Jack Webber score the only goal of the first half. James Moore had a spot kick saved before Dan Twaite and Ed Tann completed a comfortable victory.

The AMA Waste Management man of the match award was shared by Alex Clunan and Conor Easey.

North End won 5-2 against Terrington, ahead of their Junior Cup semi-final at home to Catfield tomorrow.

In Division Three, five second-half goals from Tilney saw off The Woottons Reserves. Luke Girling hit the only goal of the first half but Steve De’Ath and Mark Vice gave them breathing space before Damian Hudson pulled one back. Darren Browne, Paul Henry and Adam Chenery completed a 6-1 win. Mark Vice was man of the match.

Recovery of the day belonged to Thornham, who hit back from 4-0 down at North End Reserves to win 5-4.