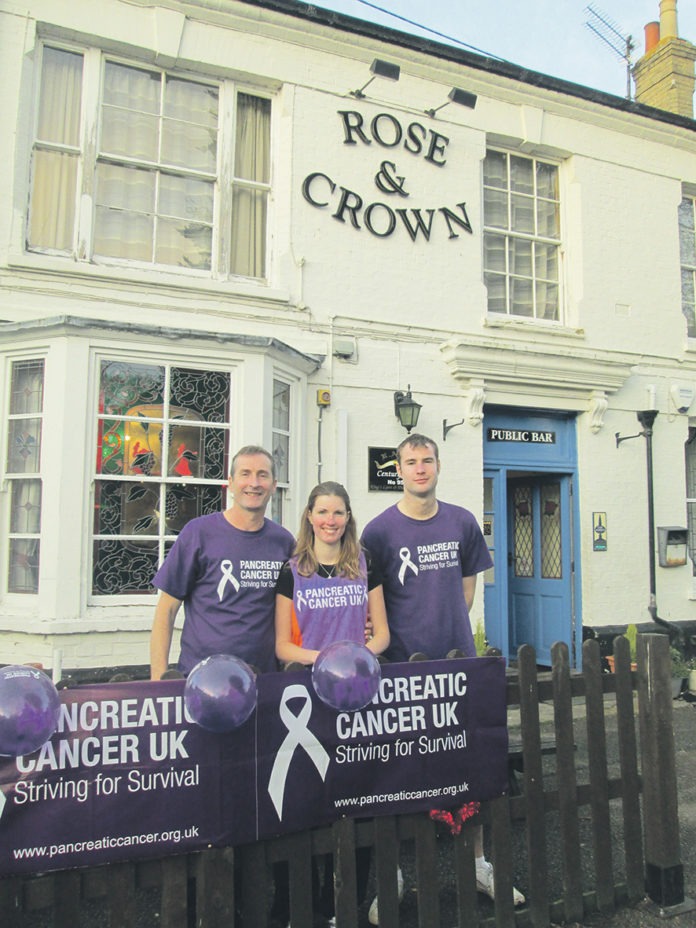 Three family members from Hilgay have raised £745 for charity after challenging themselves to a ten-mile run.

Mrs Williamson, of Southery, died on October 3 after being diagnosed with pancreatic cancer.

Mr Williamson is her son and Tasha and Ashley are grandchildren.

The family made their own route for the run on December 7 starting at The Chequers in Wimbotsham running through to Downham, Denver and Ten Mile Bank.

The finish line was outside The Rose and Crown pub in Hilgay,

They completed the distance in just under two hours with family and friends waiting at the finishing line.

The money was raised through sponsorship and has gone towards important research into pancreatic cancer.

The family has thanked everyone for their support.