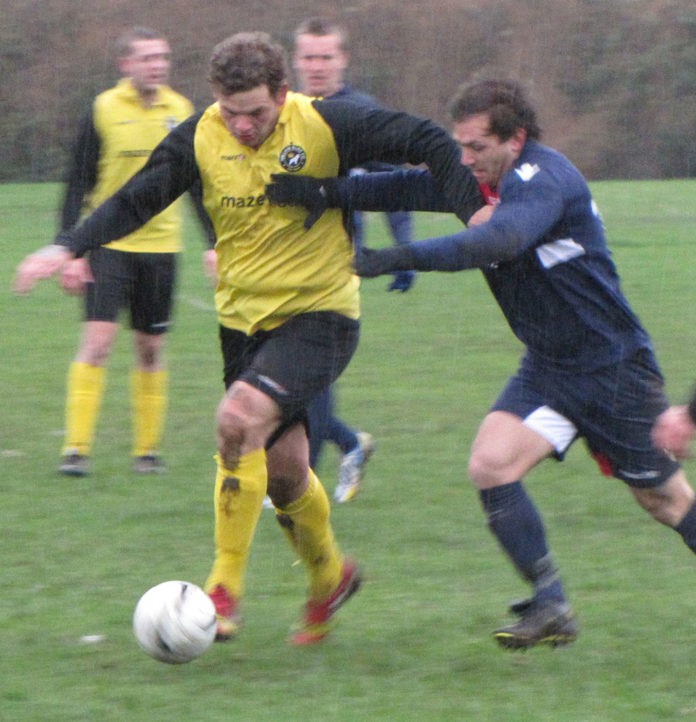 FOOTBALL: The first West Norfolk Scaffolding Sunday League cup semi-finals of the season threw up one of the biggest upsets so far and an unexpected thumping.

The Cherrington Cup final will be between William Burt and Chilvers after Terrington and FANG fell at the final hurdle.

The demise of league leaders and reigning triple winners Terrington came as a shock, especially after they had led 2-0 at West Winch.

But William Burt, currently ninth in their first season in Division One made it third time lucky after losing both league matches to Terrington.

Terrington had three early attempts hooked off the line as Burt rode their luck before Luke Tordoff powerfully headed the visitors ahead. Terrington hit the crossbar twice but had to wait until after the break for a chipped finish from Matty Clayden to make it 2-0.

Burt pulled one back through Connor Parnell shortly after and with little over five minutes remaining Shaun Giles, after a mazy run by Ben Ridgwell, sent the game into extra time. Giles got his second a minute into extra time to give the underdogs victory.

A close match was expected on the 3G surface at Lynnsport but the clash of the second and third-placed teams saw Chilvers rattle in five goals without reply from FANG. Neil Goodbourn smashed in a hat-trick, and was joined on the score sheet by Kris Smith and Danny Jezeph.

Just as impressive was the fact Chilvers become the first team to keep a clean sheet against FANG in more than two years.

Holders Chilvers will play William Burt on April 13, a repeat of the 2011 TGWU Cup final when Burt sprung a shock 2-1 win after extra time.

The only action came in Division Two but of the five matches, which made it to kick-off of the seven scheduled, only two managed a result, due to the wet weather causing abandonments.

Hustlers played enough of their game for the result to stand but a 14-0 home defeat at the hands of Long Sutton probably felt even more of a washout for them. Joe Harrison accounted for half the visitors’ goals with Tim Lowe bagging four, Ryan Brothwell two and Paul Newcombe completing the rout.

March Saracens bagged a 4-2 win at Fleet with Ash Taylor helping himself to three goals and Dan Smethurst the other.  Waterfall and an own goal made up Fleet’s scoresheet.