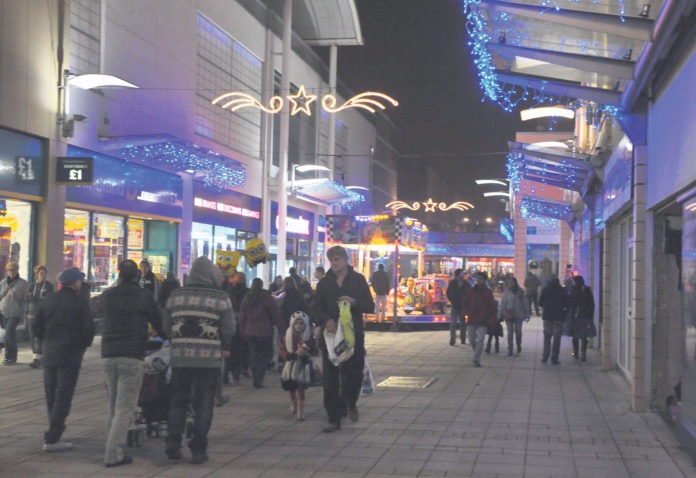 The rise of internet shopping has not left the streets of West Norfolk towns empty over the festive season.

Shoppers have been out in force and figures are expected to show numbers on a par with last Christmas.

And Lynn’s Vancouver Quarter is reporting similar footfall figures to last year – an indication that web-based retail is not hitting West Norfolk hard.

Abbie Panks, marketing manager for the shopping centre, said it was looking positive for traders.

“It looks like another strong year, although we haven’t got all the figures just yet. But I would say it has been as strong as last year,” she said.

In Hunstanton, secretary of the town’s Chamber of Trade Michael Ruston, said the town had been booming all year.

“Internet shopping has had an impact nationwide but in Hunstanton we are quite fortunate because we have not been as affected as other town centres,” he said,

Mr Ruston added that businesses in Hunstanton had embraced internet trading and were benefitting from it.

“The town centre has been booming for months and trade has been good all year. I think we have done very well.”

There were mixed messages in Downham as electrical retailer Charlie Pyatt, of C & J Electrical, said he had noticed a drop in cutsomers over Christmas which he said was due to internet shoppers.

But Lawrence Welham, of Lewks Music and Movies, said while retailers had been affected, local companies had the edge.

“What gives us the advantage is our product knowledge,” he said.