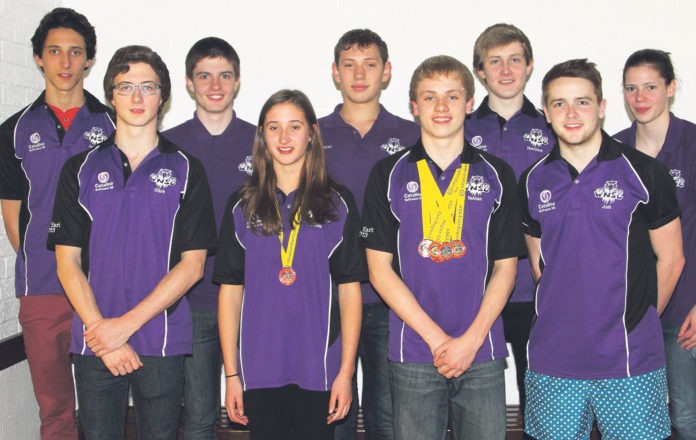 SWIMMING: Christmas came early for 15-year-old Nathan Wells with a spectacular set of results at the Winter East Regional Championships at the UEA, in Norwich.

He amassed the biggest number of junior medals, claiming four regional titles in the 50m, 100m and 200m backstroke and the 200m I/M, setting personal bests in the process. He also claimed three silver medals in the 400m free, 400m I/M and 1500m.

Abbie Whiting also turned in a superb performance for West Norfolk Swimming Club in the 100m free to finish in bronze medal position, again with a personal best. She set three more over the course of the two-day event.

Matthew Addis swam a PB in the 400 free, as did Ryan Sykes and Josh Gray in the 200m breast and 50m fly respectively.

Samuel Chandler refused to be sidelined by a shoulder injury and put in a brave performance to take part in the 400m free.

At the end of the event, West Norfolk were fourth of 14 on the junior medal table, beating much larger clubs such as Cambridge and Peterborough, and were only just behind Ipswich and UEA.

Head coach Sarah Vanderloo and the loyal, patient parents had much to cheer.