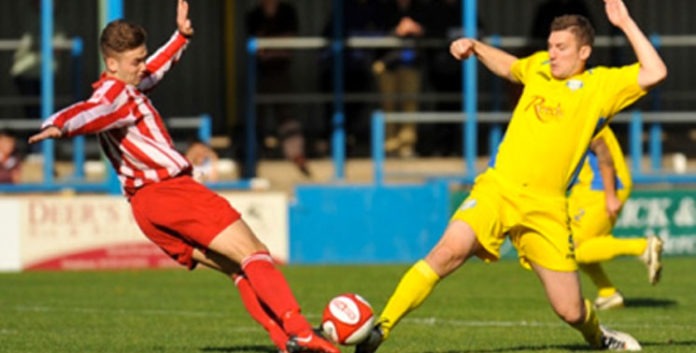 FOOTBALL: Big-spending AFC Fylde were stunned as King’s Lynn Town dished up a pre-Christmas treat at The Walks on Saturday.

The high-flying Lancastrians were left shell-shocked as Gary Setchell’s team turned on the style to secure a far more emphatic victory than the 2-0 scoreline suggests.

Marc Goodfellow and Sam Mulready scored two excellent goals but the manner of the victory left the fans drooling.

Goalkeeper Liam Mitchell made his debut, snapped up on Friday on loan from Mansfield Town after regular keeper Alex Street was suspended, and there was an early present for the The Walks faithful with the appearance as substitute of top scorer Dan Jacob, back in the country on holiday after his October move to Dubai.

Mitchell started the ball rolling for the first goal after 54 minutes when his clearance set Massiah McDonald free and he teed up Goodfellow for a crashing strike.