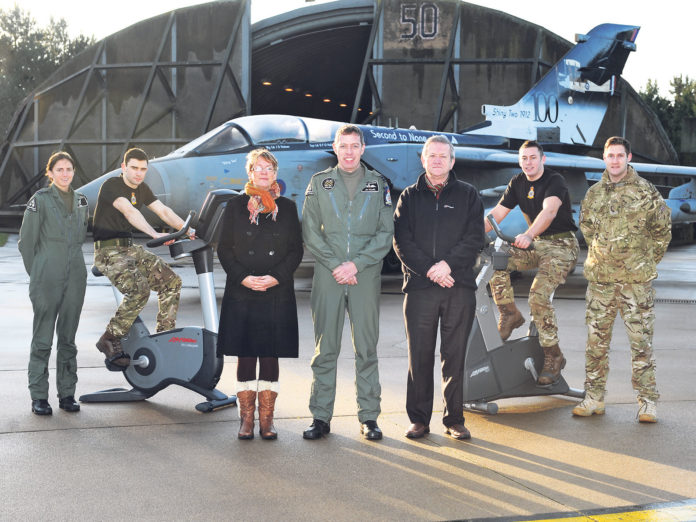 Members of an RAF squadron preparing to go to Afghanistan will be fundraising during their tour of duty.

The campaign was kick-started at the weekend when II (AC) Sqn packed bags in King’s Lynn’s Tesco store.

The squadron will be heading to Afghanistan early in the new year.

During the deployment, members will be aiming to run, cycle, row or cross-train to cover a total of 102,000km.

The figure marks the 102-year history of the squadron and personnel will be heading to the gym during their down-time.

They will be raising money for the Swaffham and Litcham Home Hospice and the RAF Association.

The squadron will be leaving Marham and heading for RAF Lossiemouth in Scotland when the Afghanistan tour is completed.

The move is part of an upgrade which will see the Tornado GR4 replaced by the Lightning II.