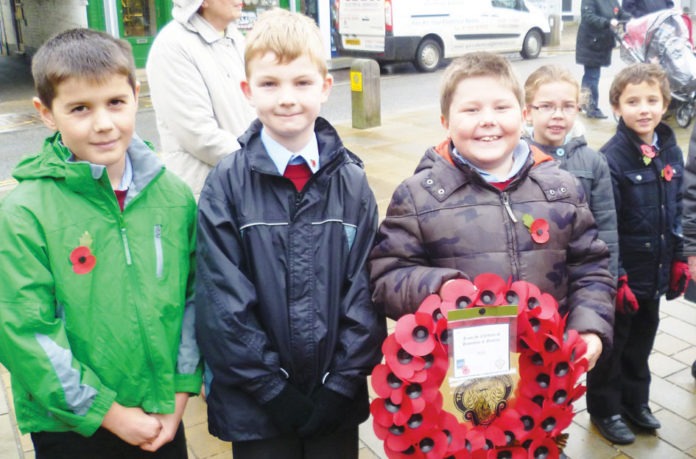 Organisers of the annual Poppy appeal in Downham Market have praised the generosity of the West Norfolk public after they received more than £24,000 in donations.

Volunteers from the Downham and District Royal British Legion (RBL) as well as local schools, businesses, community groups and members of the town’s air and army cadet groups collected funds throughout October and November for the cause.

They visited supermarkets, shops and pubs  and also carried out house-to-house collections to help raise a total of £24,178.62, which is a similar amount to previous years.

Pat Roberts, from the Downham branch of the RBL, said she was delighted with the amount that had been raised.

“We would like to thank the effort made by so many people to help raise this magnificent sum of money,” she said.

“This is a fantastic sum for our small population.

“To those who stood outside supermarkets, house-to-house collectors, pubs, shops and businesses selling poppies on their premises and to the children of local schools and other organisations that supported this excellent cause, you all did a magnificent job.

“But of course the biggest thank you is to the people of Downham and the rest of the district. Every year they respond  with such generosity and it is very humbling.”

The Legion are currently on the lookout for a new Poppy appeal treasurer to replace the retiring Michael Coles.