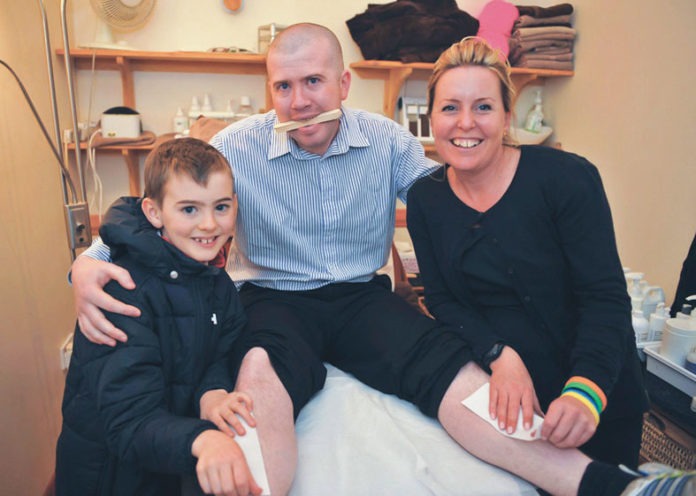 A brave West Norfolk dad will be testing his pain threshold next week to raise money for the Queen Elizabeth Hospital (QEH) in King’s Lynn.

Richard Watts, from Hunstanton, will be having both of his legs waxed in aid of the hospital after they treated his nine-year-old son Joshua for an ear condition last month.

Joshua was diagnosed with cholesteatoma, which causes constant ear infections, in August and underwent surgery at the QEH in October.

The bones in his ear had to be removed and replaced with artificial material.

The idea for the fundraising leg wax came from Mr Watts’ wife, Sabrina, and he said that it was the least he could do.

“The hospital was great with the treatment of Joshua,” he said.

“When he was diagnosed in August they were really quick in getting things sorted and actually brought the operation forward for us.

“The care was fantastic and we can’t thank the surgeon enough, but we want to raise money for the hospital through a sponsored leg wax.

“They need money to purchase an ENT laser which is used in cholesteatoma surgery. At first my wife wanted me to do a chest wax but I wasn’t too sure about that, so we settled on a leg wax.”

Joshua has now recovered from the treatment and has returned to school. He will have a hearing test after Christmas to determine the result.

Mr Watts added: “He’s been a little star throughout the whole thing. I’m very proud of him.”