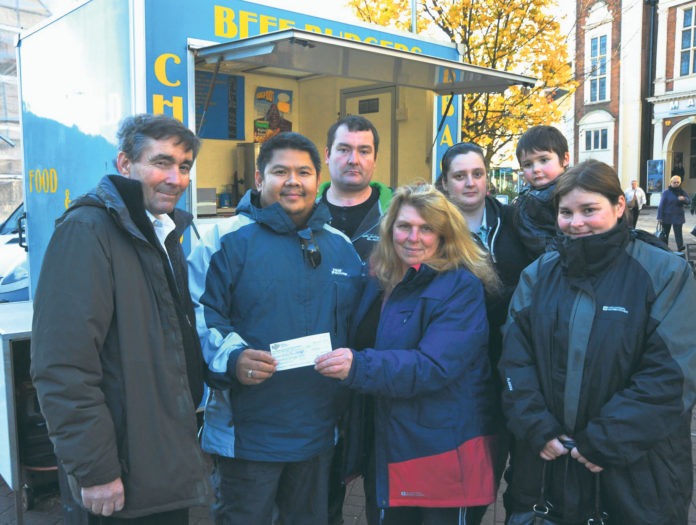 Donations are continuing to pour in from across West Norfolk in response to the Typhoon Haiyan disaster in the Philippines.

Last week Your Local Paper revealed that Solon Avanzado and his wfie, Rose, are appealing for goods to send to friends and family in their home country.

The couple, who run the Filipino Association of West Norfolk (FAWN), are using their home in King’s Lynn as a collection point for goods and have so far collected food, water and clothing to help those in the devastated country.

One family from Lynn have donated £200 to FAWN as well as a number of tents, rucksacks, T-shirts and tools.

The Finch family, who own the CDF Catering burger van near the Majestic Cinema and a fruit and vegetable stall near Primark, decided to make the donation after Solon, a critical care nurse, helped treat Trevor Finch at the Queen Elizabeth Hospital.

“I was in critical care at the QEH for three weeks”, said Mr Finch, “Solon and other Filipino nurses treated me and we wanted to give something back to them.

“We’ve raised the money from sales from the burger van and the fruit and veg stall and the supplies will be able to help those that have been affected by the disaster.”

The first batch of goods was transported to the Philippines last Saturday and the next batch is set to go tomorrow.

Mr Avanzado said the response from the public has been tremendous.

“After the article last week, the response we’ve had from the public has been very good,” he said.

“Our house is completely filled with boxes of goods and we were actually having a problem trying to store it all. But luckily we had phone calls from people offering space in their garages and rooms in their houses.

“We’re still getting lots of donations through. It’s very flattering to see so much support from the public. I’m surpised by how generous people have been because the Philippines is such a small country.

“Thank you to everyone that has helped us,” he said.

Mr and Mrs Avanzado have now also made contact with friends in Manila that they had previously not been able to get hold of.