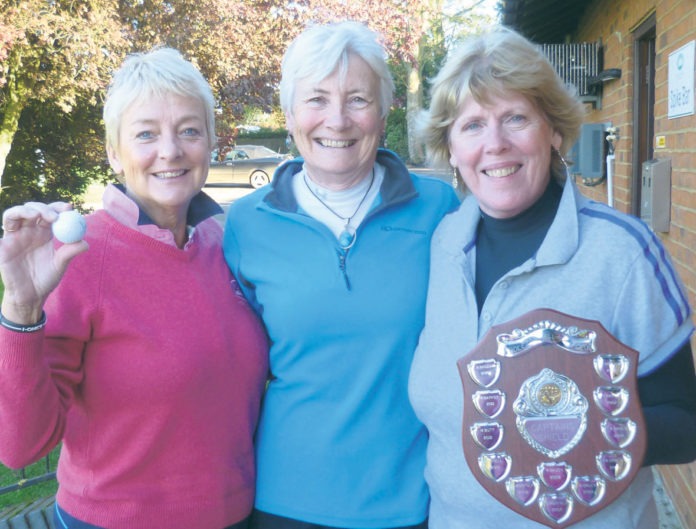 Mary Kingdom and Angela Leach beat club professional David Woolley and ladies’ captain Chris Woolley in the culmination of a better ball stableford competition, which was played throughout the summer months.

Eleven pairs took part to try to win the trophy. The idea was for competitors to benefit from advice from the professional afterwards over a drink in the bar and all found it very useful.

Another player celebrating success was Marie Brewer, who achieved her first hole in one, while playing in a stableford competition.

She used a five iron to tee off on the 11th par three and, despite a head wind and driving rain, her high ball landed softly on the green and rolled into the hole.

Meanwhile, Marie Long lifted the coveted Captains’ Shield, competing against a mixed field of 18 other past and present captains by scoring a phenomenal 44 points, three points ahead of runner up Mike Lewarne.

A black-tie dinner was held in the clubhouse later in the day and hosted by the president Malcolm Garrod to honour the annual event.