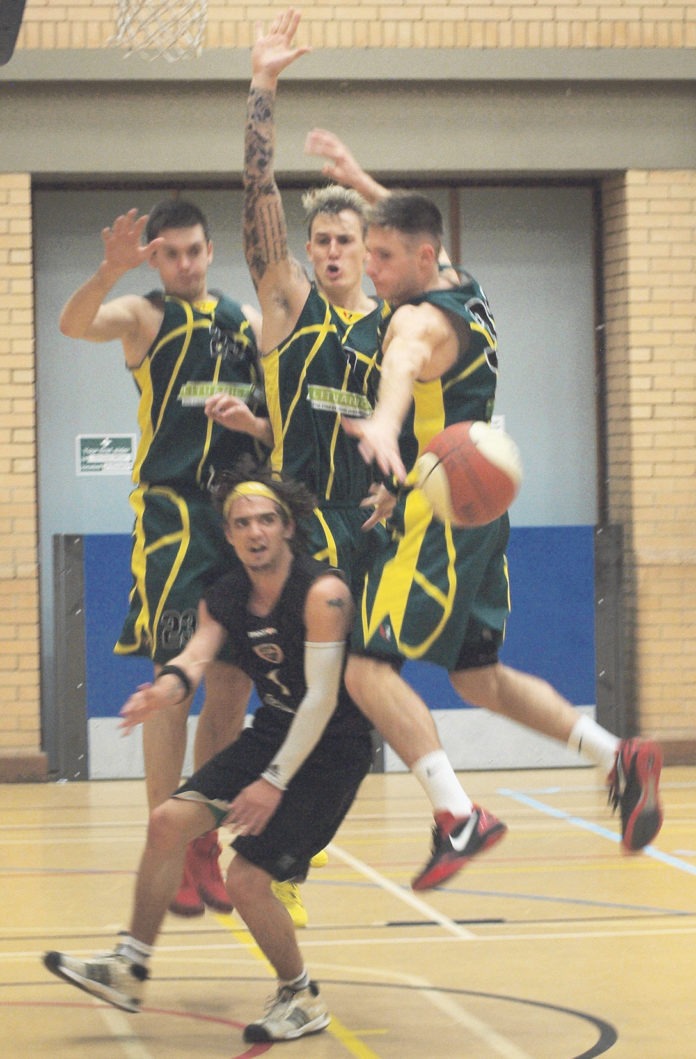 BASKETBALL: CWA Fury’s hopes of a memorable National Shield triumph were dashed on Saturday as Canary Wharf London Lituanica came out on top at Lynnsport.

The visitors, who are second in National League Division Three, overcame Fury, of Division Four, 97-56 to progress to the third round.

The London side are unbeaten this season and raced into the lead with some great passing.

But Fury responded with a three-pointer from Mindaugas Spukas as well as scores from player/coach James Bamfield and captain Rich Milbourne to keep their hopes of a cup upset alive at 19-16 adrift.

Tomas Liberis tried to bring the scores level but the ball bounced out and London capitalised down the other end before going on a 14-0 run.

But Fury are a team that refuse to quit, an ethos drilled into them by coach Bamfield, and Milbourne scored eight quick points before Spukas drained another three and Eivydas Aleksa converted a lay-up to reduce the gap to 39-29.

The home side finished the half with some momentum, but after the restart the visitors demonstrated their Division Three class by making several unanswered scores.

Bamfield, Aleksa, Deividas Butkevicius and Liberis all converted shots but it was not enough to match the Lithuanian side, who eventually ran out comfortable winners.

It was a spirited performance from Fury against a tough opposition and Bamfield can take positives from the determination of his team, particularly in absence of Milbourne, who picked up an ankle injury midway though the match and was unable to continue.

Bamfield said: “We felt going into the game that we could find a way to compete but as soon as they opened up a gap we lost our belief.

“It’s clear we can’t give up 20-plus points per quarter and win, but it’s a long season and we will learn from today and be better for the experience.”

MVP: Bamfield. He managed to keep his side’s spirits up and, together with captain Milbourne, epitomised the Fury ethos of never quitting.