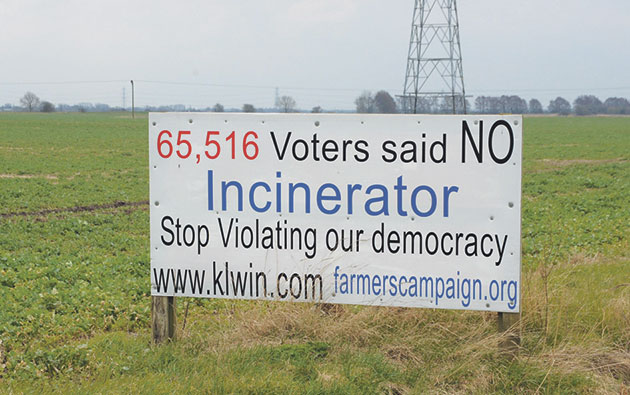 Scrapping revised plans to build an incinerator on the edge of King’s Lynn could see Norfolk County Council head for bankruptcy, according to  report published this week.

Members of the council meet on Monday to consider scrapping the controversial incinerator plans.

But the company behind the scheme, Cory Wheelabrator, has revised the proposal and  council members will also discuss this on Monday. The council’s cabinet is due to meet on Tuesday to consider the implications of Monday’s meeting.

Rejecting the plan would trigger a £28.9m payment to Cory Wheelabrator, according to the report.

Interim head of finance at County Hall, Peter Timms, said if the scheme was rejected,  the  bill would exceed the £20.811m ‘unforseen events’ reserves.

This would prompt him to serve a section 114 notice on the council to prevent it doing something unlawful or facing the prospect of bankruptcy.

The Government has also just removed £169m of financial grants to the scheme, first allocated in January last year.

Campaigners hope the whole project will now be scrapped ahead of a planning inquiry decision due in January.