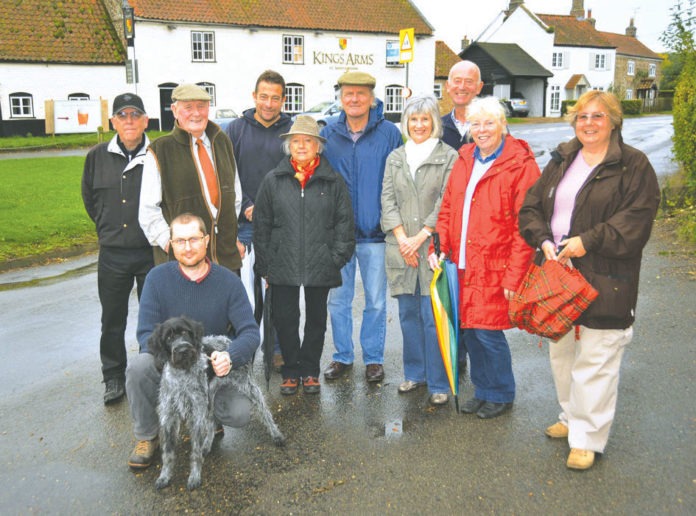 Residents in a West Norfolk village have a great reason to raise a glass and celebrate a successful campaign.

The community effort to save their pub has sold out of its £150,000 shares and The Kings Arms could well be on course to be re-opening its doors sooner rather than later.

The Save Our Kings Arms (SOKA) campaign was launched as a bid to save the last remaining pub in the village and shares were issued to members of the public.

The scheme proved a success and the take-up was helped by a Tweet from West Norfolk resident Stephen Fry.

“But in many ways the journey is only just beginning. Next, we await news of whether our grant application to the Social Investment Business (SIB) is successful. If it is, we shall have enough money to buy the King’s Arms and renovate the building in line with our plans to reopen it as West Norfolk’s first community pub,” said Phil Harriss, secretary of SOKA.

“We shall hear whether we have the grant next month, but in the mean time our committee is making plans to cover all eventualities – including taking ownership of the King’s Arms in the next few weeks. The future is certainly exciting – thanks to the tremendous support we’ve received from our local community and our friends” he added.