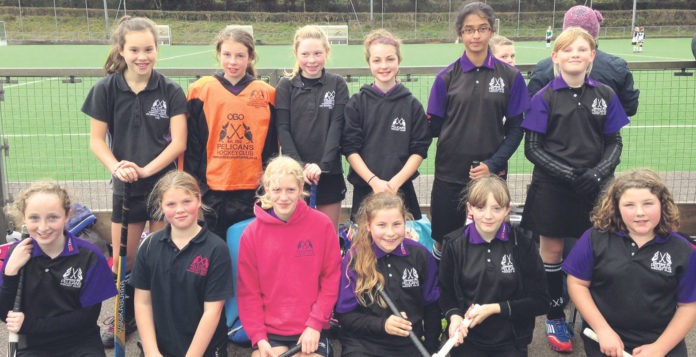 HOCKEY: Pelicans u12s fielded two teams at Harleston on Sunday with the older side finishing third and the youngsters drawing two and losing four times.

The older team beat Norwich City A, lost to Norwich City B and drew 0-0 with Dereham, Harleston A and B, Pelicans and Dragons.

The young team had not played together before but worked tirelessly to show what potential they have.

Florrie Tyler and Emily Stoutt demonstrated great stick skill and continued to look for space even though they had to play defensively for most of the tournament. Lilly Pink battled well as did newcomer Anna Flint.

Philly McPharlane met the attack head on and demonstrated how strong she was in the tackle. Bella Sinclair was fearless in defence and McPharlane also worked hard.

The teams borrowed a goalkeeper for the day with u10 player Lucy Saggrott kicking, batting, sliding and charging at the attack, rallying her defence to keep the score line down.

Player of the tournament was Bella Sinclair.

λ Pelicans’ men beat Cambridge University Thirds 5-1 thanks to a hat-trick from Harry Lankfer and two from Josh Widdowson.

Templeman man of the match was Sam Major.