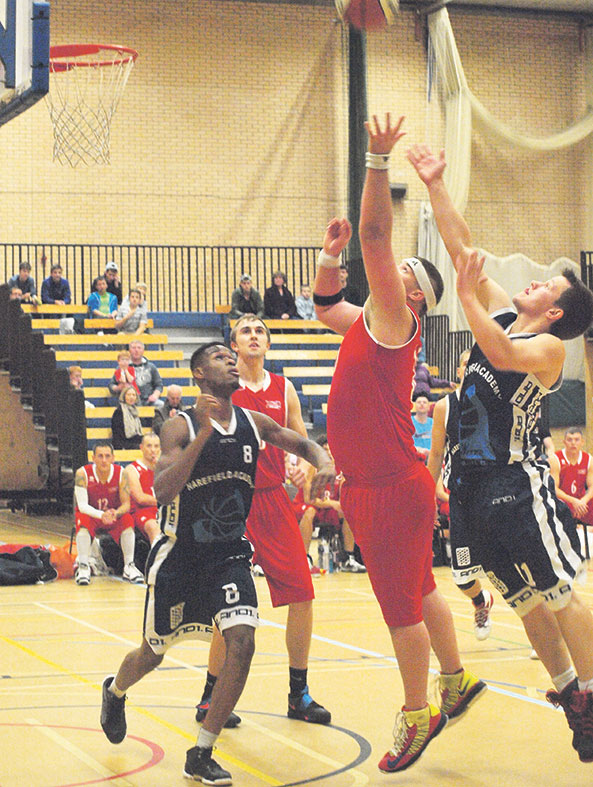 BASKETBALL: CWA Fury claimed their third win in a row on Saturday as they beat London United II in National League Division Four.

In front of a loud Lynnsport crowd, Fury overcame the visitors 88-75 to move to within two points of leaders BC Medelynas London.

The home side got off to a bright start as player/coach James Bamfield knocked down two quick three-pointers before shooting guard Daryl Watson added five points.

Sharp-shooter Mindaugas Spukas was then left open to make his first three before Deividas Butkevicius got the crowd off their feet with a vicious two-handed slam-dunk to give Fury a 17-point lead heading into half-time.

It was the second consecutive week that Fury had scored 50 points in a half, and the free scoring continued after the break with Tomas Liberis, Ryan Plaice and Rich Milbourne all adding to the total.

Butkevicius continued to be an offensive threat for Fury while on defence the Lithuanian frustrated the opposition with two fine blocks and Milbourne also added a block of his own.

Despite Fury’s dominance, London impressed, particularly in the second half, and some clever ball handling led to two quick baskets before great interior basketball from the visitors cut the Fury lead to 85-71.

But in the closing stages Watson dropped in an uncontested three to end hopes of a London recovery.

Fury coach Bamfield said: “It’s great to get another win on the board.

“We’re starting to gel as a team. We need to continue working on professionalism and consistency so that we do it all game long.”

MVP – Deividas Butkevicius: The Lithuanian has been outstanding for Fury since his arrival and his 26-point haul proved the difference.

If there are 100 or more paying customers, everyone will get £1 back as they leave.