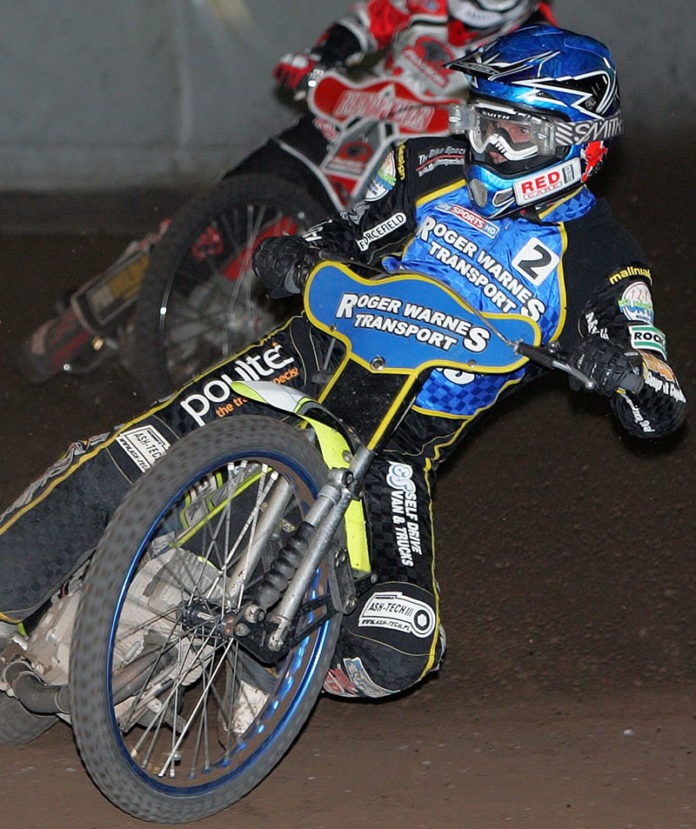 SPEEDWAY: Hopes of pulling off a remarkable National League title success were dashed for the King’s Lynn Young Stars by Dudley on Wednesday.

Lynn managed to keep Tuesday’s first-leg deficit down to 13 points, despite a rare off night for 15-year-old Robert Lambert.

But hopes of hitting the Midlanders hard in the home return came to nought and the hosts were beaten by a revved up Dudley team.

The Young Stars did well to overcome a slow start in the away leg when they lost the first three heats to trail by eight points.

Lewis Kerr top-scored with 12 and there was a paid 10 for Darren Mallett.

Ashley Morris led the home charge to a 53-40 victory with a five-ride full maximum.

Lambert suffered a retirement and a fall in his first two races and, after a six-point tactical ride, fell again in his final race.

And he was still not on his usual top form 24 hours later as Dudley showed their all-round strength to cruise through 100-86 on aggregate.

Lambert did finish all five of his rides, gleaning 10+1 to top score ahead of Lewis Rose’s 10 with Mallett scoring nine.

Hopes of victory on the night were dashed on the last bend of Heat 15 when Morris grabbed second place on his way to 13 more points to split Lambert and Kerr, altering a home 5-1 to a 4-2 and pinching the honours on the night by a single point 47-46.

Young Stars team manager Dale Allitt said: “The boys fought all night and I’m really proud but unfortunately it was not to be. There have been a lot of positives this season for what is a development side.”