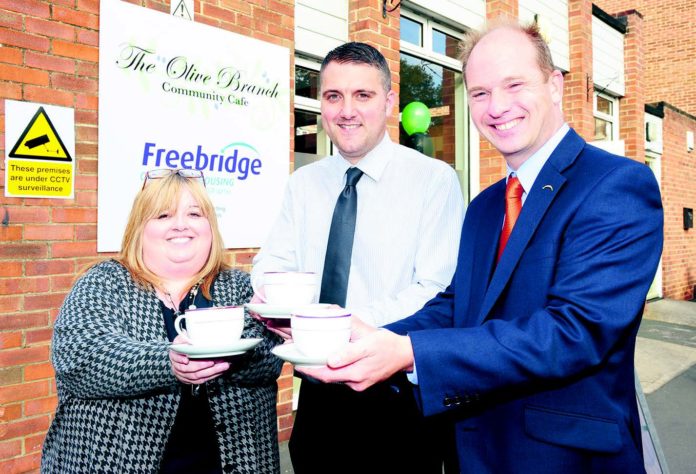 A new community cafe in King’s Lynn has opened as part of a major redevelopment.

The Olive Branch was officially unveiled at the town’s Hillington Square on Tuesday with an opening ceremony.

Housed in the square’s former community centre, it is hoped the cafe will become the hub of the new-look estate.

It is currently in the throes of a £30m redevelopment project which will see a new look for the 1960s housing development.

Freebridge Community Housing has spearheaded the project which will transform the area.

It may even lead to a name change as consultations on the idea are currently being held.

The town’s Marks and Spencers store has helped the new cafe and staff have been working closely with the volunteers who will be running the project.

The Olive Branch will sell a variety of refreshments, including home made cakes and cooked breakfasts as well as hot drinks.

It has been developed in partnership with the Purfleet Trust and is being used to give people the opportunity to get used to being in a work environment. They will have the chance to learn new skills and take qualifications to help gain a future career.