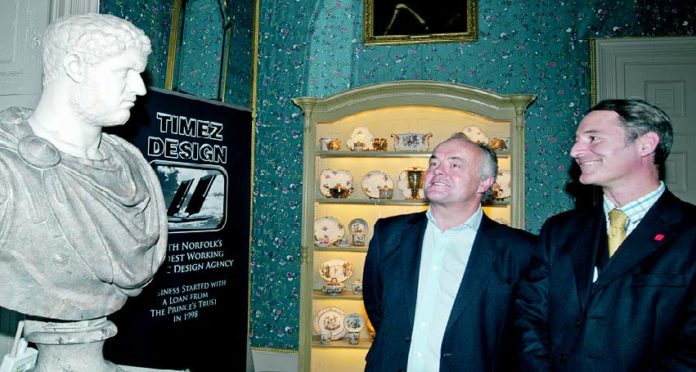 More than £3,000 was raised for the Prince’s Trust after West Norfolk Mayor Elizabeth Watson held a charity event at Houghton Hall.

Guests were welcomed to the country home, which was originally built for Britain’s first Prime Minister Sir Robert Walpole, to help raise money for the cause.

They were given a tour of the Houghton Revisited Art Exhibition, which is currently at the hall and features more than 70 paintings from Walpole’s collection including priceless works by Anthony Van Dyck and Rembrandt.

Wine and canapés were provided and guests also enjoyed a talk from the exhibition’s art curator Dr Thierry Morel.

Mrs Watson said the event was a huge success: “It was a wonderful evening where some 100 guests enjoyed the event,” she said.

“It was a once in a lifetime opportunity to see these pricless pictures and I am immensely grateful to Tim Zoll for setting it up and for his sponsorship, and also to the main sponsors the Big Prawn Company. It was truly an evening to remember.”

Mr Zoll, who is on the Mayor’s committee for charity fundraising, said: “The Mayor intentionally chose the Hall for the Prince’s Trust fundraiser because we wanted to tie it in with the Houghton Revisited Exhibition, for which Prince Charles is a patron.

“Thank you to everyone who attended and also to Lord Cholmondeley for allowing us to use his home.”

The Houghton Revisited art exhibition has been extended until November 24.