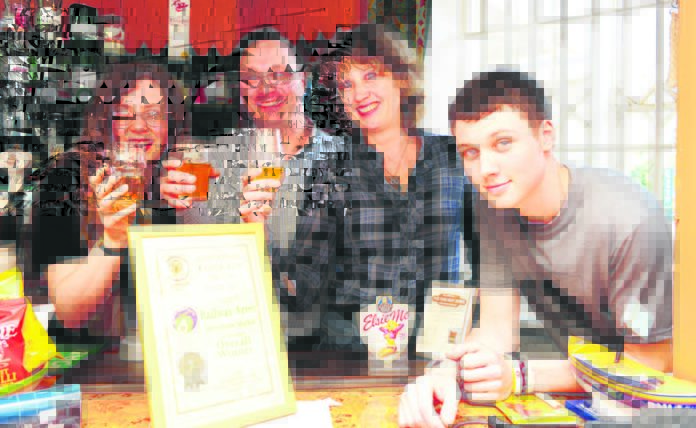 A Downham Market pub is celebrating scooping a national award.

The Railway Arms, on the platform of the town’s railway station, has received top honours and a special presentation was held at the venue this week.

The National Cider and Perry Pub of the Year award is given by the Campaign for Real Ale (CAMRA) to the pub or club which best promotes and encourages sales of real cider and perry.

In its ninth year, the award has a rigorous judging process which whittles down nominations for pubs, clubs and cider houses from across the country to regional and super regional finalists.

“We are overjoyed and very humbled to hear that the Railway Arms has won this year’s CAMRA award and we wish to thank our customers, supporters and suppliers,” said landlord Ian Pinches, who runs the pub with his wife Lesley Ann and their son Callum.

“As a micropub we are naturally committed to the concept of ‘small is beautiful’ and although we have extended our range this year we remain focussed on selling high quality ciders, some of which are made by people we know personally using locally-grown apples,” he added.

The pub beat three other finalists to take the title and the presentation was made at the pub on Tuesday.