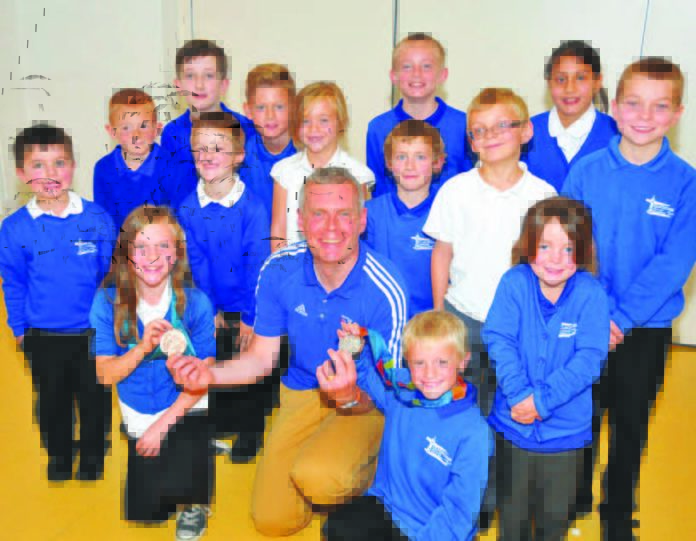 Youngsters in Downham Market were challenged to “be the best” when Olympic medallist Bryan Steel visited Clackclose Primary School.

The five-time world champion, who won Bronze in the Cycling Team Pursuit in the 2000 Olympic games and Silver in 2004, is one of the stars helping children to discover their potential as part of the Be The Best You Can Be programme, launched last Wednesday.

Other stars including Anthony Clark, Gail Emms (badminton) and Mike Mullen (BMX) have also signed up to the programme, run by the 21st Century Legacy charity, and will be visiting schools in the coming months.

And Mr Steel said the programme showed children that anything was possible.

“As a young person I struggled a lot in school as I suffer from dyslexia and was overweight.

“I didn’t like sport at the time but my dad bought me a bike and asked me to give it a go.

“It changed my life. Within three years I was riding for Team GB. It just proves that everyone has the ability to succeed.”

Louise Ward, headteacher at Clackclose Primary, added: “The children were inspired by Bryan’s story of being the boy who hated school and sport. His message that we all have a talent will be followed up through our school work.”

The programme was set up in response to Lord Coe’s appeal to build a lasting legacy following London 2012.