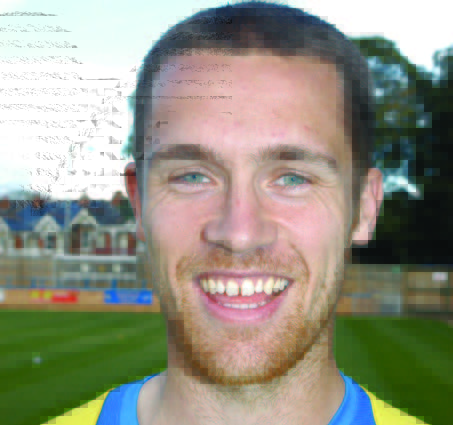 The Linnets manager was at his sick son’s hospital bedside but said the win had provided a lift for them both.

Lynn dominated the first half but went behind against the run of play only for Rob Duffy to level soon after.

George Thomson scored his trademark wonder goal via a deflection four minutes later to put Lynn 2-1 up at half-time.

Then referee Luke Watson made a hotly debatable decision when he sent off Ryan Clarke for what looked a perfectly executed tackle in the penalty area. The spot kick was converted and the writing looked on the wall for the Linnets when the hosts went 3-2 up after 74 minutes.

But a minute later Dan Jacob smashed a pile driver into the top corner of the net to make it 3-3 before substitute Ewan Clarke made himself a hero when he turned home Jason Lee’s mishit shot in the 86th minute to spark celebrations between the travelling Lynn fans and players.

Assistant manager Neil Fryatt, who was in temporary charge alongside Reserve team boss Jonathan Hawes, dedicated the victory to the Setchells and said: “That result was for the gaffer.”

Lynn had slipped to a controversial single-goal defeat at new Evo-Stik leaders Chorley on Saturday.

A 49th minute penalty was all that separated the teams after Ryan Clarke was penalised for shirt pulling.

Setchell’s team were at their brightest at the beginning and end of the first half with Andrew Hall having the best of the chances.

Steve Spriggs has signed a dual registration with AFC Sudbury and made a scoring debut for the Ryman League club in a 3-0 win over Burnham on Tuesday.