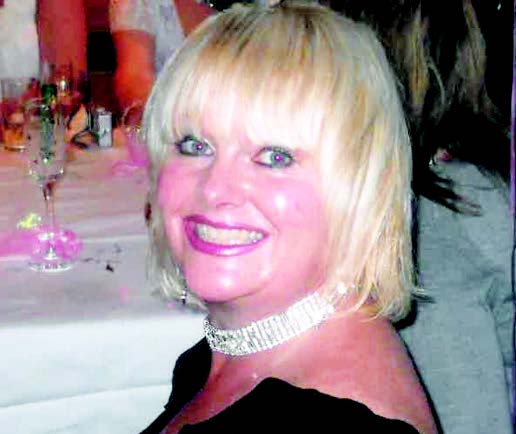 Snow and icy driving conditions contributed to the crash which killed a PCSO on her way to work, an inquest heard this week.

Married mother-of-four Sandi Greenacre was travelling from her home in Gaywood to Hunstanton when she lost control of her Peugeot 107 at Sandringham on March 11.

The inquest heard the 51-year-old, of Dairy Way, skidded sideways across the A149 and into an oncoming car.

Paramedics and colleagues from Hunstanton Police Station were called to the crash, but Mrs Greenacre died from her injuries at the scene.

Snow had fallen overnight, temperatures were hovering around zero and the roads had icy patches, witnesses told the hearing in King’s Lynn on Monday.

Julie Green was driving to work in Lynn that morning when she noticed a red Peugeot 107 coming towards her.

Miss Green saw the car’s back end “twitch” towards the verge and then straighten up, the inquest heard.

“Suddenly it twitched again towards the trees. Then it spun around,” she said.

“I tried to avoid it by dabbing my breaks. I heard a loud bang.”

Jon Mann saw the cars collide and said debris was strewn across the road.

“It was like a massive explosion, it was just a horrible thing to see,” he told the inquest.

Greater Norfolk coroner William Armstrong said it was important to note that Mr Mann had tended to Mrs Greenacre at the roadside.

PC Mark Savage, based in Hunstanton, said he had known and worked with Mrs Greenacre for a number of years.

He and another colleague were called to the crash, near the Dersingham roundabout, at about 6.50am on March 11.

PC Savage said he had been at the scene for a few moments before he heard a police officer on the radio say the fatality was “one of ours”.

He added: “She was a very popular person.”

Crash investigator PC Graeme Brookes said there had insufficient time and distance for Miss Green to avoid the collision and there was no evidence to suggest Mrs Greenacre had been speeding.

“The catalyst is unknown,” he concluded.

“But conditions on the roads are likely to have contributed and exacerbated the subsequent series of events.”

A post mortem examination revealed the cause of death was multiple injuries and recording his verdict, Mr Armstrong said Mrs Greenacre had died as a result of a road traffic collision.

Mr Armstrong said Mrs Greenacre had been a highly-respected PCSO, a loving wife and parent.

“She has been described as a bubbly, bouncy and popular sort of person,” he said.

“She was the type of woman who lived every day like it was her last and that is what we should all do. She is an example to all,” he said.

Mrs Greenacre leaves a husband, four children and two step-children. In a tribute released by her family in March, she was described as the “epitome of glamour” with a larger than life personality.

“She knew how to entertain a crowd with her larger-than-life personality and quick-witted sense of humour and her presence often captivated those around her.”