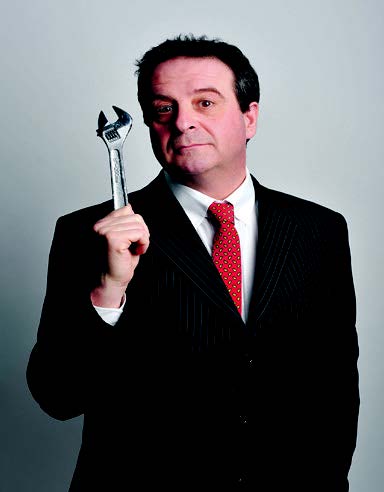 Comedian Mark Thomas is performing at King’s Lynn Arts Centre next Saturday as part of his 100 Acts of Minor Dissent tour.

The UK tour, which began in May, sees the funnyman attempt to complete one-hundred acts of mischief during 67 shows in the space of a year.

If successful, he will celebrate by squeezing all 100 acts into one special performance.

But if he fails, the comedian will pay £1,000 to political party UKIP, which he describes as “the worst way to spend money”.

“I wouldn’t exactly say I was a supporter of the group,” said Mr Thomas.

100 Acts comes off the back of the Bravo Figaro tour, for which Mr Thomas won the Scotsman Fringe First and Glasgow Herald awards.

The London-born comedian, who has also worked as a reporter for the New Statesman and has written his own books, graduated from Bretton Hall in Yorkshire in 1981 and began performing in 1985.

Since then he has worked alongside the likes of Jonathon Ross, Steve Coogan and Kevin Day on programmes such as Friday Night Live, Cutting Edge and Radio 1’s Loose Talk.

And Mr Thomas, 50, says the King’s Lynn public are in for a treat with his “unique” performance.

“I’m not sure what I’ll be doing in Lynn yet, but I do know that it’s going to be marvellous and a bit different.

“I’m looking forward to returning to Norfolk. I like it because it’s a bit off the beaten track, like me.

“I hope people enjoy the show, but in truth the best thing is when people criticise it because I know I’m funny – I’ve got awards to prove it.

“You will only get one chance to see this show, so don’t miss out.”