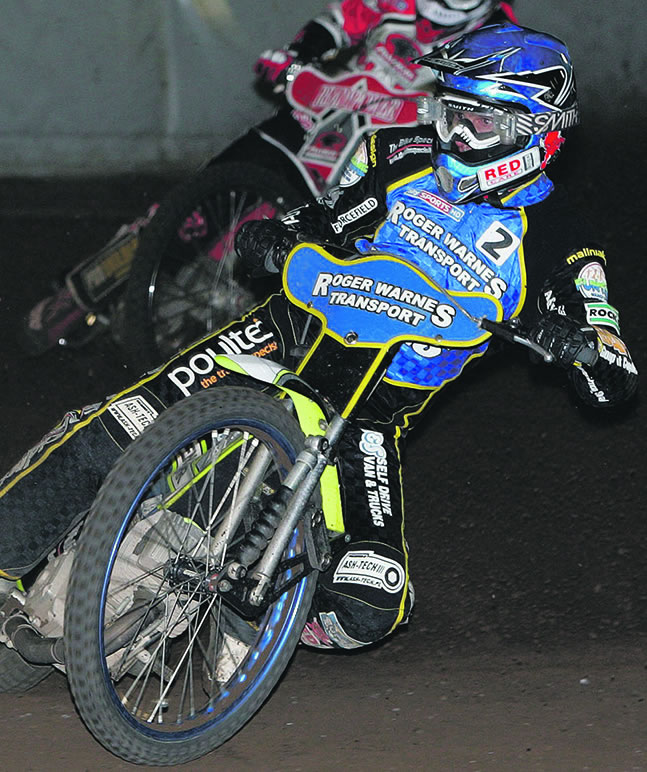 SPEEDWAY: The King’s Lynn Roger Warnes Transport Stars brought the curtain down on a season to forget on Wednesday with a 50-40 victory over Elite League top dogs Birmingham, writes Chris Milsom.

One rider with happy memories though will be Snettisham rider Lewis Kerr, guesting for the injured Kozza Smith. He flew out of the tapes and led the Stars to a maximum second heat advantage.

An entertaining meeting saw the teams trade 5-1 advantages with the Stars picking up a maximum heat 15 to secure all three league points, thanks to Niels Kristian Iversen roaring from the gate and Rory Schlein blasting through from last place to pass Chris Harris on the first bend of the final lap and pip Martin Smolinski on the line.

A frustrating campaign has seen the Stars hit by a succession of serious injuries but they still managed to keep their play-off hopes alive right up until Monday’s final away meeting of the season, a narrow 47-43 loss in the reverse fixture at Birmingham.

The Stars led in the Midlands as late as Heat 7 but Mads Korneliussen crashed in the following race and played no further part in the meeting.

Iversen and Schlein linked up for maximum points in heat 13 to make it all square but two final 4-2 advantages saw the hosts prevail.