Home News Hospital welcomes former nurses back to the wards 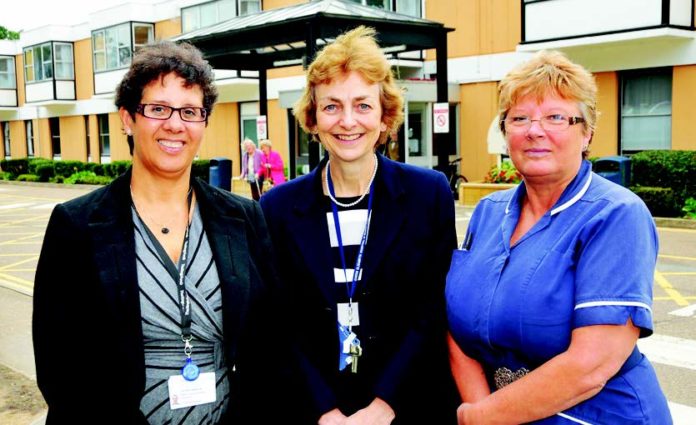 Former nurses from across West Norfolk are being encouraged to sign up for the Return to Practice (RTP) initiative at Lynn’s Queen Elizabeth Hospital and resume their NHS careers.

The RTP, a national scheme, gives nurses who have left the trust the chance to re-join by completing a four-month programme.

Students must complete 40 hours of study time and 80 hours of practical work before they will be eligible to reregister with the Nursing and Midwifery Council.

A major recruitment drive was launched at the QEH this year to boost the number of nurses.

The hospital was criticised by the Care Quality Commission in a report last month after it failed to meet five key standards, including the required staffing levels.

“We’ve been running this course for more than ten years and during that time nurses have left for a variety of reasons.

“Often they leave to bring up a family, but we’ve also found that people stop because they lose confidence in themselves.

“This course is designed to encourage nurses and give them the support they need to resume their careers in the NHS.”

The course, which has been running since 2000, will see the hospital employ twenty new nurses each year. Ten will be recruited in February and ten more in October.

Sister Sue Green took 16 years out of nursing to raise her family, but returned to the QEH after completing the course.

She said returning to the NHS was like “coming home.”

“Initially I was scared to come back but with the support of Claire and the trust I enrolled onto the course. Now I’m in charge of my own ward.

“The course helps to ease people back into nursing. The biggest selling point is that it allows people to hit the ground running.

“The first day I put my uniform back on I felt like I’d come home, it’s definitely one of the best things I ever did.”

The course is run in conjunction with the University of East Anglia.