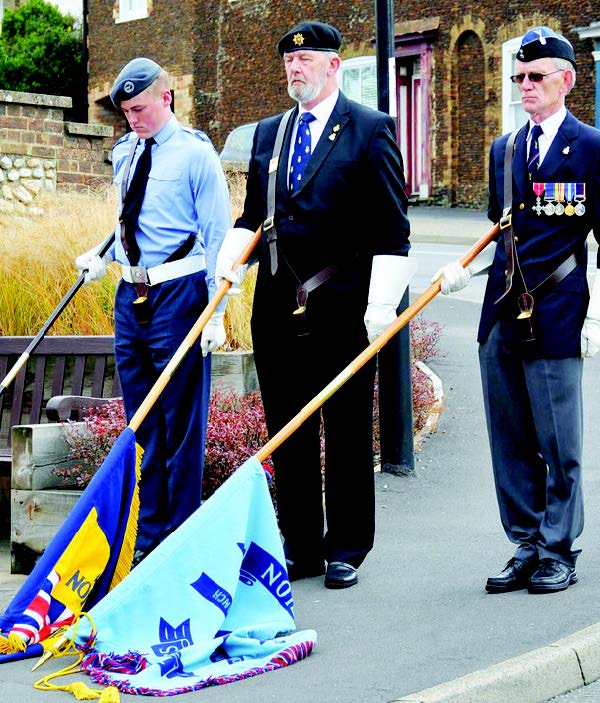 Flying heroes who helped to prevent a German invasion during the second world war were honoured during a service.

The Downham Market branch of the Royal Air Forces Association (RAFA) organised the event on Sunday to commemorate the 73rd anniversary of the Battle of Britain.

A wreath-laying ceremony was held at Downham War Memorial and there was a short parade.

The service was led by Padre Martin Sheldon of RAF Marham.

On parade were a contingent from RAF Marham, cadets from 1018 (Downham Market) Squadron or the Air Training Corps and 864 Detached Flight RAF Marham.

Hilgay Silver Band provided the music and refreshments were enjoyed at Downham Conservative Club after the parade.

The Battle of Britain was the German air force’s attempt to gain air superiority over the RAF from July to September 1940. Its failure was one of the turning points of the second world war and helped to prevent invasion.