Home Sport Other Bamfield gets the right Plaice 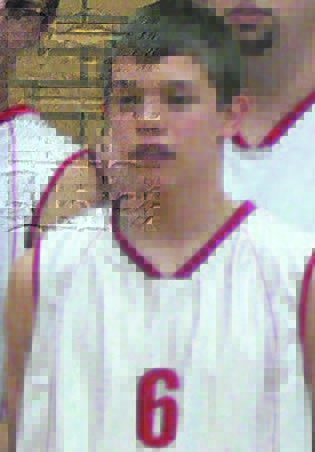 Plaice, 20, has just completed a three-year course at Madison Tech College, where he played for Wolfpack basketball team.

The 6ft point guard first joined the Fury as an 11-year-old and went on play for the senior team alongside class-mate Daryl Watson.

After completing the deal, coach Bamfield said: “I’m so happy to have Ryan re-join. He’s a tremendous player and will really help us this year, it’s great to have him back.

“Ryan will be a great role  model to our youngsters and hopefully he can inspire some of them to work hard and follow in his footsteps.”

Plaice, who averaged more than 30 minutes per game for  Wolfpack last season, is likely to line-up alongside Watson when Fury travel to Ware on September 22 for the season opener.

Plaice said he can’t wait to get going: “It’s great to see how well the club has progressed.

“When I left, coach Bamfield was trying to keep the club going and rebuild around youth, now it seems that vision is becoming a reality.

“I’m excited to return to Lynnsport and hope that we can get the community behind us. One thing that we guarantee is that we won’t quit.”

Fury are preparing for their final pre-season game against a Legends team at Lynnsport tomorrow.