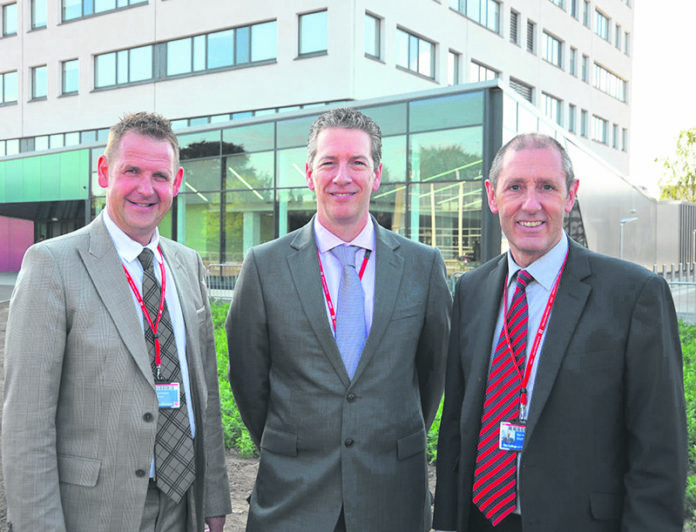 The College of West Anglia is ready to welcome students back to the classroom next week with a £13 million new-look tower block.

The nine-storey building has become a King’s Lynn landmark since it was first opened by the Queen Mother in the 1970s.

It has undergone a complete modernisation project both inside and out.

The entire project has been masterminded by Mark Reavell, the college’s executive director for partnerships, who has overseen more than two years of work on the building.

Students and staff were temporarily relocated while the block was renovated throughout.

The ground floor area of the block has been created as a social area for the students and has seating for 400 with a restaurant, wi-fi access and a Costa Coffee.

There is also a new heating and cooling exchange system designed to keep the building at a constant temperature all year round.

College prinicpal David Pomfret said the block would be a ‘major benefit’ to the college which, he added, had been let-down by its old facilities on occasion.

The revamp is part of a major £35 million investment across the college’s three sites in Lynn, Milton and at the Isle campus in Wisbech.