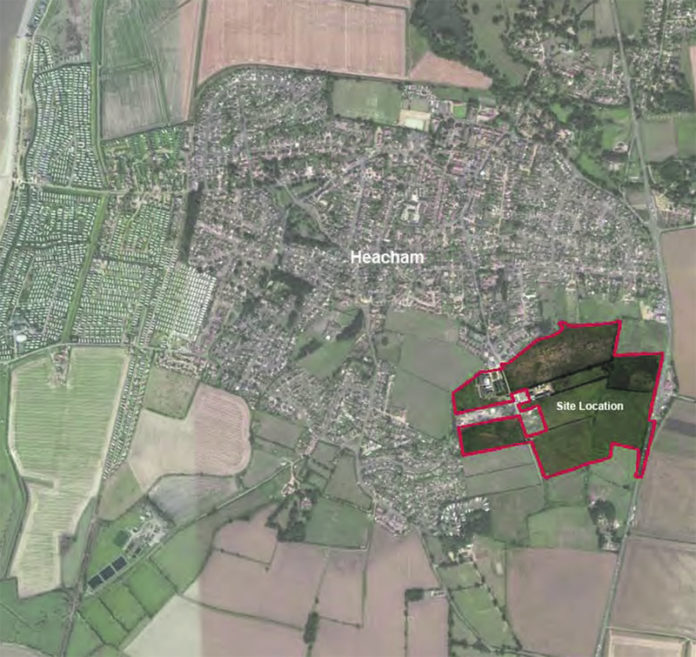 Plans to build 200 new homes, a pub and care home in Heacham look likely to be refused.

The proposal is a reduced scale development replacing an initial plan to build 355 homes which was met with outcry by residents and NW Norfolk MP Henry Bellingham.

The applicants, Broadland Housing Association and Townsfolk Ltd, now want to build fewer homes on the site, but the application has been recommended for refusal by officers at West Norfolk Council.

Members of the planning committee will discuss the project on Monday, but there have been a raft of objections from groups including the parish council, Hunstanton Town Council, county council highways and the Campaign to Protect Rural England.

The scale of the development, housing type, the impact on local infrastructure, the construction of another
roundabout on the A149, and the impact on the environment are among the objections.

The application is “clearly contrary to Development Plan policies,” says a report to go before committee members.

It adds that a need for housing with care is not disputed, but it disagrees with the scale of the associated development – the homes, care home, pub, community building, skate park and business units on a 54-acre site which would be accessed via a new junction on the A149.

“There is still a balance that must be struck,” says the report.

The applicants’ supporting statement says the development would “reflect the wider needs of Heacham,” and integrate the site with the main village.

“Specialised forms of housing are costly to provide and operate and significant residential development is required to help to ensure viability,” it added.

The original scheme attracted 441 letters of objection and one in support, while the new proposal has received a total of 252 objections and one supporting letter.

More than 300 people packed a meeting in April to object to the original plans.