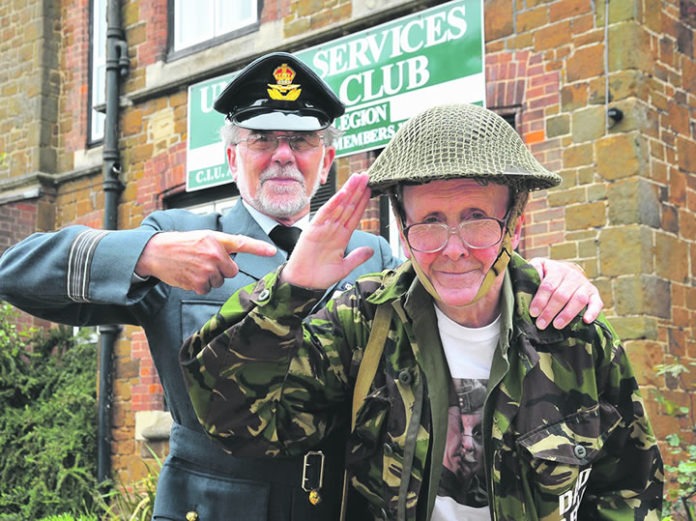 Mr Foulkes, 71, walked from Lynn Town Hall back to the seaside resort via Sandringham last weekend, raising more than £300 for the Royal British Legion Hunstanton branch.

Dressed as Corporal Jones from Dad’s Army, he was joined by 1940s re-enactor Peter Smith and two friends dressed as Pike and Jones.

They completed the walk in around six hours and received plenty of support along the way.

“At my age, a five-mile walk would have done me, but it went very well,” Mr Foulkes said.

“People were waving and pipping their car horns as we walked.”

Tomorrow the fundraiser and some friends are holding a table top sale at the Corner Bakehouse in Hunstanton High Street.

The event starts at 10am and all the money raised will go to cancer care and treatment at the Queen Elizabeth Hospital in King’s Lynn.

Never one to sit still for long, Mr Foulkes has also organised a sponsored bed push for the QEH on Saturday, July 27, starting from Hunstanton’s Golden Lion Hotel at 10am.

Between 1978 and December last year, Mr Foulkes raised £40,000 for local charities and the RBL.

He hopes to reach £50,000 before retiring from fundraising.

Previous challenges have included walking from London to Lynn.