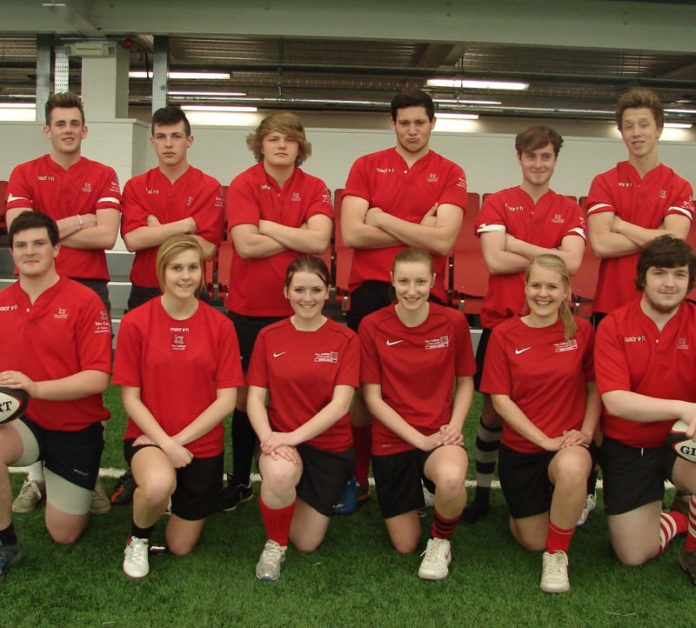 Students from the College of West Anglia Sports Campus have been enjoying playing on a world-class surface.

The group were invited to play in a touch rugby tournament at the new Football Association training complex, St George’s Park, during British Colleges Sport Week.

They were lucky enough to play on the indoor 4G surface, which is the largest indoor artificial turf in Britain, measuring the same dimensions as Wembley’s pitch.

The team was made up of boys and girls who had attended lunchtimes and sports sessions at the college.

The tournament was organised by the RFU and British Colleges Sport

Student Leanne Keeley-Smith said: “St George’s Park is impressive and I really enjoy the touch rugby. It was great to
come here to play.

“Touch is great for girls as its non-contact, so we can play with the boys without getting hurt.”

Programme manager for sport Tommy Goode said: “The new facility is amazing and this was a great opportunity for
our students to sample a world class facility and also play on it.

“The students had a great time playing touch rugby, which has taken off at the campus, particularly for the girls.”