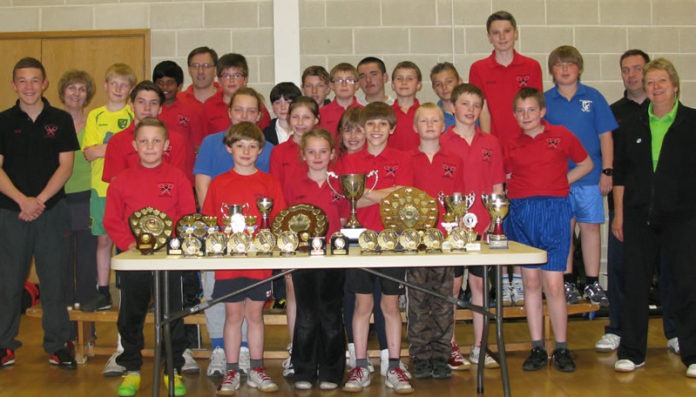 The season ended for Downham Juniors with a doubles handicapped tournament.

It concluded a successful year with 15-year-old Ben Watts, of Downham High, being awarded the trophy for West Norfolk Junior Badminton’s Player of the Year after picking up Norfolk U15s Moderates singles and doubles trophies.

Jacob White, one of the founder members of the players of the club three years ago, won West Norfolk’s Most Improved Player award and a Norfolk U14s doubles trophy.

Most of the club’s trophy haul was collected by Feltwell brothers 10-year-old Charlie and seven-year-old Harry Wakefield, and Downham High Y7 student Joe Rolfe, who has regularly played for Norfolk U13s team.

Many of the players represented Downham High School in the KS3/KS4 Center Parcs/Badminton England national tournament and reached the Norfolk County finals.