Plans to convert a former West Norfolk pub into a house are due to be discussed on Monday.

The Albert Victor, in Castle Acre, has been empty for more than three years.

Now a proposal to convert it into a four bedroom home will go before members of West Norfolk Council’s planning committee.

The pub was on the market for more than a year in a bid to try and retain it – but it never sold.

A study concluded that a buyer would struggle to make the pub a viable business.

The application, by the Hobden Oppenlander Partnership, of Wells, would leave the frontage of the Grade II listed building unaltered if permission was granted.

A report supporting the application said the feasibility study “demonstrates that reopening the public house is simply not a viable alternative and, whilst the responsibilities of the owners to keep the building in relatively good repair are acknowledged, it is important to find an alternative use as quickly as possible otherwise the condition of the building will continue to deteriorate. The residential conversion the subject of this planning application appropriately satisfies that need.”

Three letters have been received by the council about the application, two of which are supporting the idea.

Two previous applications for the site have already been refused and the current proposal to be discussed is an amended alternative.

“It is of note that the parish council now fully supports the proposal. This is a significant shift from their previous position,” says the officer’s report to members of the committee.

Members are recommended to approve the application. 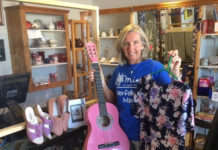 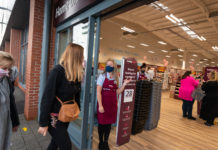 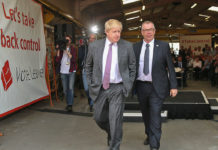 Let’s get ready for new way of doing business