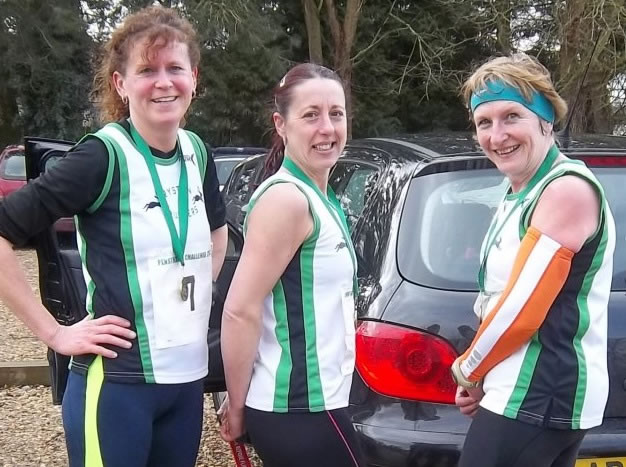 Ryston Runners enjoyed a hectic time of action at various events over the weekend.

Che Plant and Malc Tuff headed to East Yorkshire for the Hull 20-miler, putting in some testing race miles in preparation for their marathon debuts in London next month.

For Plant the experience yielded a personal best time by three minutes, as he clocked 2:09.

Tuff, however, after making an excellent start and being well on course to achieve his sub 2:05 target, experienced stomach cramps, having to stop during a race for the first time in his seven-year career, and was forced to slow his pace to finish in 2:11.

Even so, Plant and Tuff finished 27th and 35th respectively out of a field of almost 400 runners.

Three Ryston clubmates were among a small group of runners in the Pensthorpe Cross Country 10K on Sunday.

They made their presence felt by cleaning up in the female veteran categories and finishing as the first  three placed women overall.

A personal best and a season’s best were the rewards at the Broadland Half Marathon on Sunday. Julia Norman recorded a PB 1:52:19 for 88th overall/11th W35 out of almost 160 competitors. Juliette Meek’s SB of 1:54:31 gained her 99th place overall and 15th Senior Woman.

Pole vaulter Ed Borrmann competed in the Sutton Field Fest on Sunday and cleared 4.02m for a new PB and club U20 and all comers record.

The 14 and a bit laps of the hilly circuit proved quite testing in strong winds and Ryston’s Cath Duhig found it quite a struggle at times, having to cope with a recurrence of an ongoing hip injury.

However, she hung on to complete the course in ninth place overall/second woman, in 2 hours 25 mins.

Gareth Little ran 79:39 at the Stafford Half Marathon on Sunday, knocking almost three minutes off his PB to finish 19th in a field of about 2000 runners. 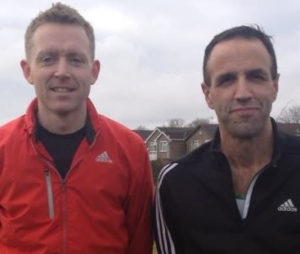