There is absolutely no doubt in my mind that Tim Firth’s masterpiece Calendar Girls will become the “Oliver” of non-musical amateur theatre. The script is nearly perfect and has you crying with laughter one minute and then just crying the next… sometimes in the same piece of dialogue. This title, only recently released for amateur perfomances will be performed by every amateur society across the land and will set the box office on fire every time. Its message of hope and empowerment touches everyone, as it reaches out past cancer sufferers and their relatives through beleaguered amateur theatre and into auditoriums everywhere.

You would have to have been up the Zambezi in a canoe not to know the story but very quickly, John Clarke has leukaemia and as he fights his losing battle his  friends and relatives have to endure long hours sitting on the world’s most uncomfortable sofa at the hospital. After his death, devoted wife Annie and her close friend Chris (both members of Knapeley WI) attempt to put together an alternative Women’s Institute Calendar featuring nude, but tastefully concealed, members of the group.

Of the supporting cast there were credible perfomances from Tom Bloom as advert director Liam, Cynthia Barron as Lady Cravenshire and Stevie Brooks as “Bore for England” guest speaker Brenda Hulse. Wendy Fisher made a nice job of presenting resistant pomposity as Knapeley WI Chairman Marie with John West turning in one of his trademark cameos as Chris’s husband and struggling florist Rod.

Top marks go to Haley Dennis who was outstanding as promiscuous beautician Elaine and Tom Watson as nervous photographer Lawrence who collected a lot of laughs.

Of the main cast Chris Fox was in top form as tragic Clarke with the pivotal death scene nicely delivered leaving me completely choked and although this was not the Players most experienced cast, all six of the featured women turned in good performances with Susan Stanford as Cora, Teresa Sharp as Annie, Helen Miles as Celia and Carol Storey as Ruth all prompt free and confident in their characters. The character of Jessie gets most of the best gags and Carol Beveridge used every ounce of her experience to maximise the available humour. Similarly Alison Ding was excellent as obsessive Chris – getting the biggest laugh of the night with an inspirational working of the “WOW bouquet.”

Director Sharon Fox should be very pleased with this production and criticisms are few, in fact the only one worth mentioning was the set change that took place during the second half of the death scene which I thought was a shame. Congratulations to all concerned for a brilliant piece of theatre that will have sent the almost capacity audience into the spring drizzle emotional, uplifted and thoroughly entertained. 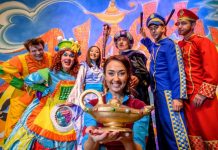 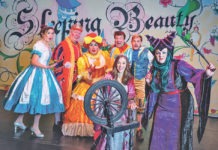 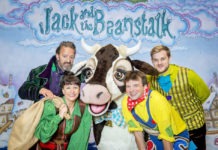